About Women at War

September 1914. For several weeks, the fighting has been raging. In a small village in eastern France, a few kilometers from the German area, four women find themselves thrown into the heart of the horror: Marguerite (Audrey Fleurot), a Parisian prostitute as mysterious as she is flamboyant, who is suspected of being a spy; Caroline (Sofia Essaïdi), wife of Victor Dewitt, owner of a car factory, who has left for the front. She finds herself at the head of the family business, a colossal and unprecedented challenge for a woman at the beginning of the century; Agnès (Julie de Bona), Mother Superior of a convent requisitioned and transformed into a military hospital. Overwhelmed by the influx of wounded, Agnès is increasingly tormented and questions her life choices; and Suzanne (Camille Lou), a young feminist nurse on the run since an abortion gone wrong... 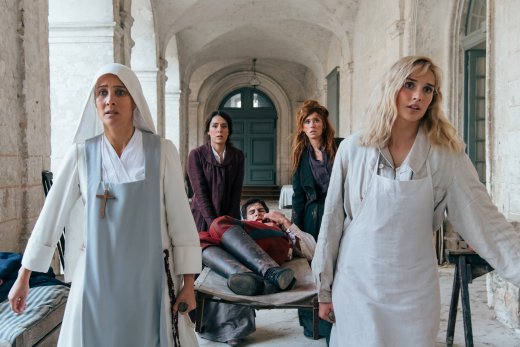