In 2025, thanks to a new technology, police officers can immerse themselves in crime scenes, reconstructed in virtual reality, to help them solve their investigations.
When Ludovic, a police captain, uses VR to analyse the crime scene of a drowned woman on a beach in Brest, someone appears to him. But this person has nothing to do with the scene and for good reason: it is Mélanie, the great love of his youth (and also the mother of his daughter Juliette), who died on the same beach 27 years ago!
Ludovic has to accept the unbelievable: a temporal rift has opened. He can communicate with Melanie, from one era to another!
Ludovic discovers that the death of the drowned woman on the beach and Melanie's death are connected. Melanie did not die accidentally, just like the drowned woman, she was the victim of a killer... An investigation into two eras begins. And a race against time that will leave no one intact. Mélanie and Ludovic are realizing that by trying to change the past, they are causing devastating and unpredictable butterfly effects.
Ludovic wants more than anything to stop the killer in time and save Melanie... but changing the past threatens to cost Ludovic his life in the present, which he has taken so long to rebuild: his new wife, Parvana, and his son, Sam...

A series written by Camille Couasse and Sarah Farkas from an original idea by Franck Thilliez. 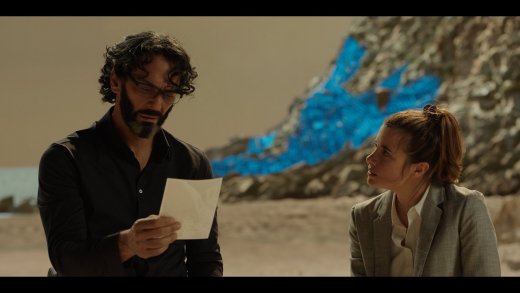