About Murder in Amiens

In the heart of the Amiens hortillonnages, on a Nautilus-shaped ride gondola, floats the lifeless body of Charlotte Jelenski.
Who could have attacked this ordinary woman, who was leading an ambitious amusement park project based on the works of Jules Verne?
Captain Louis Monet, who suffered of a burn out following the suicide of his teammate, and his new assistant Léa Barnier, his junior by thirty years, are on the case. These two will have to learn to work together, immersed in an investigation that will lead them from the hortillonnages of Amiens to the town of Le Crotoy, Jules Verne's holiday resort where, 20 years ago, a drama of adolescence took place in a closed educational center, mixing horror with the enchantment of the author's world.

A film written by Cécile Lorne and Natascha Cucheval

A coproduction QUAD DRAMA and FRANCE TÉLÉVISIONS / In coproduction avec AT-Production, R.T.B.F (Télévision Belge), PICTANOVO / With the support of the Région Haut-de-France / In partnership with the CNC / With the participation of TV5 Monde and RTS Radio Télévision Suisse 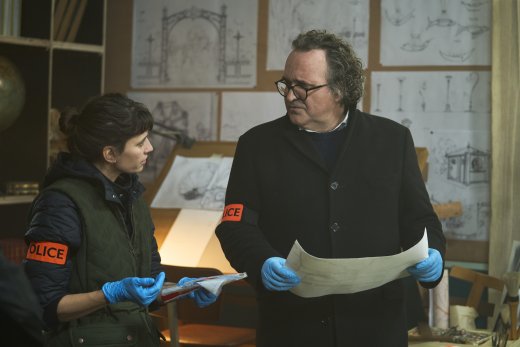